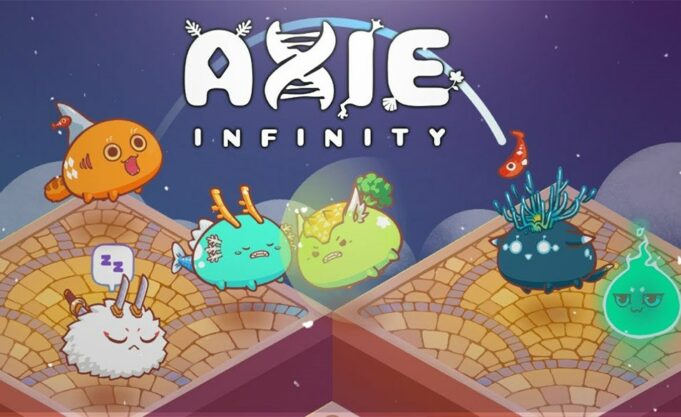 Axie is defined as crypto-meets-Pokèmon game where the players raise, battle and trade cite little NFT pets which are called Axies. Axie Infinity involves two native currencies which are Axie Infinity Shards (AXS) and Small Love Potion (SLP). AXS can be bought and sold on exchanges like Coinbase whereas SLP is awarded to a person who spends time in playing the game.

The game had almost 1 million days players in 2021 making it the biggest crypto app on Ethereum blockchain. The Axies and virtual real estate are sold through an in-game marketplace in the form of NFT’s. Most of the transaction takes place on a speedy, blockchain called Ronin.

Sky Mavis is a Vietnamese developing team who launched Axie Infinity in 2018. They designed this network to have lower fees than the main Ethereum blockchain. The core team includes Trung Nguyen as CEO, Aleksander Leonard Larsen as COO, and Viet Anh Ho as CTO.

A play to earn game where players sell items through the NFT’s marketplace as well as collect tokens generated by the game. The two featured cryptocurrency used in this game are:

What Islam says About AXS?

Normally, we take the word ‘Game of Chance’ for gambling, or something which you can get easily, or earning profit without any work. All these situations are forbidden in Islam. The following Ayat clearly declares gambling Haram:

“They ask you about wine and gambling. Say, In them is great sin and (yet, some) benefit for people. But their sin is greater than their benefit.” ____ Holy Quran 2:219

Axie Infinity is a skill based game in which the strength and power of Axie is built by breeding and battling. They get the earning from selling their Axie NFT and SLP in the market which require strategy, time and effort. That is why AXS cannot be declared gambling or ‘game of chance’ and is regarded as Halal.

Money earned from competitions or tournaments is also considered as a form of gambling and announced Haram except those competitions which enhance one’s knowledge and ability. In case AXS, this doesn’t apply to Axie Infinity because to participate in the gameplay on Axie infinity platform, one has to buy 3 Axies which they play against their opponent in a battle. They could also lend out the Axie through a scholarship programme. As there is no registration fee or grand prize Money to win, AXS is considered Halal.

The theme and content of the game should not go against the Islamic values like promoting immortal acts, vulgar language, destruction or hatred against Islam. All this doesn’t apply on AXS which gives another reason to regard it as Halal.

Dealing in sales, business investment transactions which have high or extreme risk or uncertainty also known as Gharar is also impermissible in the Shariah. If this situation occurs while playing Axie Infinity and a person invests risking his life’s savings in the hope of earning a huge amount, then it will be counted as Gharar by the scholars which are Haram. It is not allowed because there is extreme uncertainty and speculation to one’s investment in Axie Infinity.

If the scholarship doesn’t engage the person in what is Haram, then it can be seen as Halal.

By examining a consensus of legal opinion from Scholars regarding earning money by playing video games, it is observed that Axie Infinity is Halal but it is not encouraged by the scholars. As it is not a game of chance or a tournament structured game in which reward is given from participant’s registration fees. The content and theme also doesn’t go against the Islamic laws or principles. That is why AXS can be viewed as Halal and to play and earn from Axie Infinity also permitted but still scholars say that players should find another means of earning.

Islamic Banking and Finance in Egypt