It is a blockchain which is compatible with the Ethereum Virtual Machine (EVM). It works as a decentralised and open source side chain with Crypto.com. It uses the native currency of Crypto.org i.e. CRO coin. It allows easy, rapid and low cost transferring of smart contracts and app from EVM-compatible chains and Ethereum. Cronos interoperates Cosnos eco system and Ethereum and it supports Defi, NFTs, and the metaverse.

CRO is the native token of Cronos which Crypto.com Pay that is a service which gives its users cashback upon paying for services and products with CRO Token. This token was originally designed as a reward token ERC 20 on the Ethereum blockchain. However, it was later moved to Cronos, Crypto.com’s blockchain. The token is developed to make the transaction easier and less expensive. Acting as an intermediary currency, it helps the users to convert the digital currency into fiat counterparts. 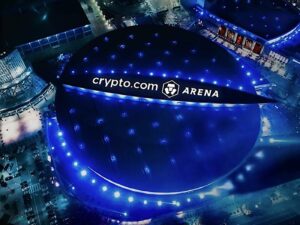 As cryptocurrency has become a buzzword, it has also attracted the Muslim investors due to its potential financial returns. Although the Muslim entrepreneurs has been attracted with the opportunity to raise funds by issuing tokens, the fear of it being Halal or Haram is still there. In case of CRO Token, to get the visa card we have to stake the coin. Below are the three types of Staking according to which we can cumulate whether it is Halal or Haram:

In this CRO staking, if you want to be eligible for the VISA card reward other than the default 1% cashback offered, then you will have to stake your coin for 180 days. This is impermissible as there is no sign from Crypto.com that the staked CRO is used for securing the network/validating transactions. The question arises that if it’s not used for these things then how they are generating the rewards?

The staking on the exchange is done on separate custodial wallets where the staking period is also of 180 days. The exchange does not give you the eligibility for the VISA cards but discount is given Maker/Taker fees. However, this is also impermissible because there is no proof that whether the staked CRO is being used for network/validating transactions. If not, then how the reward is being generated?

Crypto.com also offers a decentralised finance wallet which is permissible because the staked coin or token is used to secure the crypto.com chain.

Mixed reviews has been reported regarding the Digital currency saying that this currency doesn’t meet the Shariah standards. Some of the following reviews will make it clear if CRO Token is according to the Shariah:

Mufti Abu Bakar argued that digital currency is Halal under Shariah law. He said that not only crypto but all the currencies have speculative element and this doesn’t regard crypto as Haram.

An influential group of Indonesian Ullama’s declared crypto as Haram and prohibited for Muslims because according to them digital currency which is a new form of commodity is used for investment purposes.

Daud said that a thorough study is needed to understand the monetary system in light of Islamic laws. Furthermore he added that a transaction that has elements of Riba, gambling and uncertainty is Haram from Shariah point of view. He also included that Shariah Council has identified Bitcoin, Ethereum and Ripple in compliance with Shariah while crypto is a commodity which can be used as a currency and medium for business transaction. Redeeming rewards for goods is also allowed by Shariah.

Crypto is in compliance with Shariah because it is an abstract tool that rewards points for buying or selling goods when the value of goods increases or decreases.

Open an account on Crypto.com and earn a $25 bonus

Islamic Banking and Finance in Canada