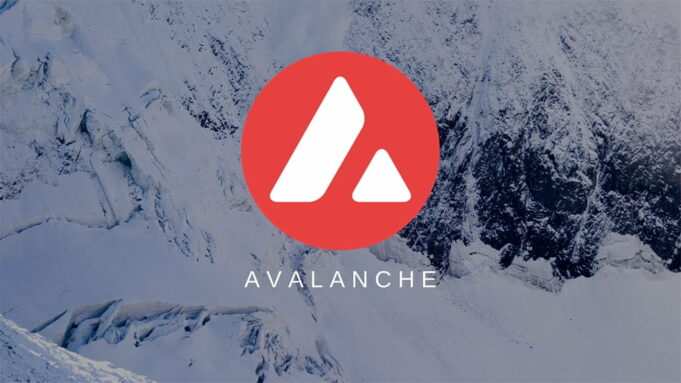 What is Avalanche & AVAX?

Like other decentralized protocols, Avalanche also has a programmable and open smart contract platform for decentralised applications. This means that Avalanche is a program which has its own token called “AVAX” used for paying transaction fees and it can also be staked if needed to secure the network.

Applications like DeFi protocols such as lending, savings and decentralised trading,  NFT’s and stable coins are powered by Avalanche. It is also compatible with Ethereum programming language, Solidity. This means that the developers from the most engaged crypto communities can build on Avalanche and can use it to deploy private, custom or public blockchain as “Subnets”. Avalanche platform claims to process 4500 transactions per second as compared to Bitcoin which can process 7 transactions per second.

How to Operate Avalanche?

Avalanche blockchain has three main platforms. These are the Platform Chain or the P-Chain, the C-Chain or the X-Chain. AVAX cryptocurrency is the native asset which connects the Avalanche network. 720 million AVAX coins are said to be in circulation and this coin can also be used for proposing and voting for future network upgrades. Avalanche network was created to solve the common problems of other networks such as scalability and usability problem and lack of interoperability. The function of the three main block chains which makeup the Avalanche main net is:

The native token of the Avalanche network is AVAX which is used for paying transaction fees, governance, and staking. AVAX Coin is also required to join or create a new subnet. It is essential for a validator to stake a minimum of 2000 AVAX for at least two weeks. The third party who wants stake could choose their validator by committing a minimum of 25 AVAX. 243.5 million AVAX Coins are in the circulation. The transaction fees are burned for increasing of scarcity of AVAX. AVAX Coin has a market capitalisation of $19.5 billion making it the tenth biggest digital currency. The coin can be bought, send and received through your coin based account or by using official Avalanche “Bridge” and trading ETH for AVAX in peer-to-peer manner.

Concept of AVAX Coin Halal or Haram in Islam:

Shariah perceives standard cash as anything that is widely acknowledged in the public eye or it is governed by government. Digital currency have kept soaring upward which is developing array among Muslims concerning whether cryptographic form of money confirms to Shariah law.

Many Muslims are eagerly interested in knowing the true Fatwa on digital money so they could consider investing in it. Following Fatwas may give us some idea whether Avalanche is Halal or Haram:

According to Mufti Taqi Usmani, It is against the philosophy of Islamic economics to make the currency a tradable commodity for earning profit because originally money is a medium of exchange. There is no valid reason to accept AVAX or any sort of cryptocurrency in Shariah. As it is just an imaginary number generated by a complex mathematical process. Hence, it used for speculation or unlawful transactions it is illegal to use it.

He passed the Fatwa on crypto trading like AVAX to be Halal or Haram. He said this trading is Haram because it is not approved by legitimate bodies such as Treasury Departments of States, as an acceptable interacts of exchange. This sort of money is counted as money laundering and lead to gambling.

In his opinion, digital currency needs ‘istilah’ or social agreements. From Shariah point of view, Dr Ziyaad I in favour of adoption of transformative technologies but it must be don in a Halal manner.

The AVAX coin is simply an agnostic token which allows you to transact within the AVAX platform. However, the idea is that many third party can plug and use the platform for transaction. The liquidity and demand gets greater for AVAX token as more people use this network. Keeping in mind one thing from a Shariah perspective is that If an ecosystem becomes overwhelming linked with a Haram industry then there may be an issue with investment buy all this is too early to make a judgement. There is a neutral opinion regarding Avalanche and AVAX by the scholars and Shariah. However, there is no harm in investing according to Islamic laws.