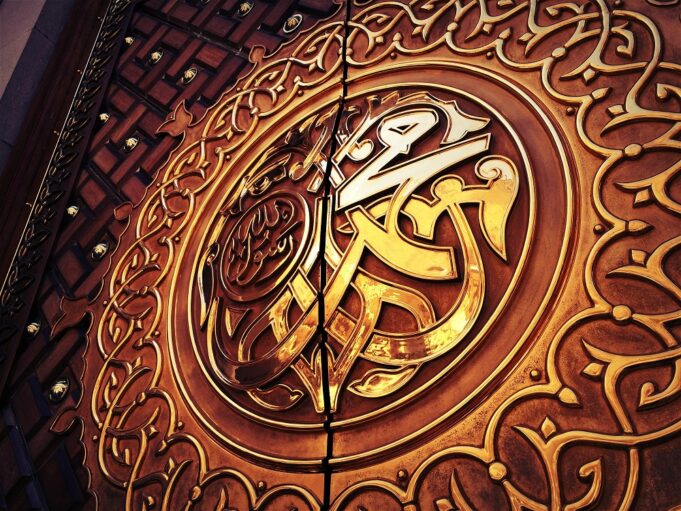 Prophet Hz. Muhammad (SAW); full name, Abū al-Qāsim Muḥammad ibn ʿAbd Allāh ibn ʿAbd al-Muṭṭalib ibn Hāshim, and also known as Mohammad, aka Mohammed, aka Mahomet, is the prophet of ALLAH and He is accepted to be the founder of the religion of Islam. And, He was a merchant, a businessman too; in fact a very successful one.

He (peace be upon him), was a young man, at his age of 20s, since 591, earning his life by dealing with commerce. When we say  ”commerce” in Arabic peninsula, residences of Kuraysh, that is of Mecca is remembered first. There was a common saying among the Arabs: “If a man is from Kuraysh and does not deal with commerce, he is worth nothing.” Hazrat Muhammad (P.B.U.H) started to occupy commerce, by obeying tribal custom. But his own capital was very limited. So, He worked with another partner or by using rich partners’ capital and took share.

Commercial activity that He has done got him acquire two things at that early age. Firstly, he learned all the truths of life deeply, by the help of commerce which needs mind and skills. By this way, he recognized thousands of human characters, like honest, deceiver, cunning and so on. Secondly, He was get to known by humans. Hazrat Muhammad ( P.B.U.H) has been started to be called as Al-Emin (reliable) since he was 20′s. Even, when said “Al-Emin” directly he was remembered. One of his partners at that time called Kays (son of Sa’ib) narrated him as follow:”

”If I gave Him goods before journey, when coming back he did not use to go home unless giving a satisfactory account. But when He gave me goods, after coming back, he used to ask my health not the account, unlike others.”

One of his partners became a muslim on conquest of Mecca. Hazrat Osman and Zuheyr started to praise him. On this praise, Hazrat Muhammad (P.B.U.H) said: “Do not praise him to me,I know him very well. He was my friend and commercial partner.” Later, his ex-partner turned to him and said:  ”Yes! Oh! Messenger of Allah! You said the truth. Let my mother and father be sacrificed! How so good friend and partner you were!” And Hazrat Muhammad (P.B.U.H) replied him:” Be in comfort! My friend and partner.You did not use to neither diverge ways of depravity and mischiefmaking and nor argue anybody! Go on these behaviours like before.Welcome your guests! Take care of orphans! To do a kindness to your neighbour!