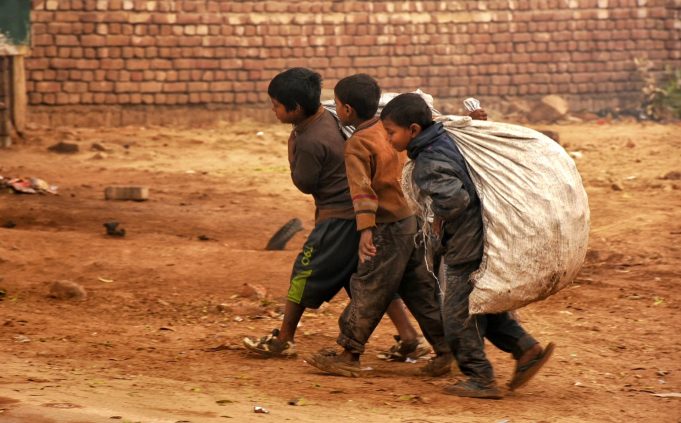 Many have discussed about the concept of Islamic economics eg:

1. There emerges an IMBALANCE between the Islamic institutions such as awqaf and zakat with the unredefined western ethno-centric concepts used.

2. Misleading methods of MEASUREMENT, due to indicators measured by western ethno-centric concepts. The accomplishment is judged by the exogenous measurement, not by Islamic measurement.

REASONS FOR THE USE OF THE UNREDEFINED  Poverty CONCEPTS

1- It is alright to do so as long as it is not in contrary to Islamic aqidah and shari`ah.

Comments: It seems not to be in contrary only at operational level. At epistemological and philosophical level, they contradict each other. Then how could it be said that they do not contradict with Islamic aqidah and shari`ah?

If the epistemological and philosophical underpinnings are changed to Islam [as supposedly so], the whole concepts also change. Then the above reason is invalid.

2. Rasulullah SAW himself used to eclectically accommodate some of the practices of the jahiliyyah (ignorant) to be practised by the Muslims.

Comments: The concepts evolved only around their names and terms, while the structures and its roots have been reconstructed by Rasulullah SAW based on Islamic aqidah, ibadah and akhlaq.

Our Stance: It is incorrect to adopt an accommodative-modification and methodologic eclecticism approach, embedded in fiqh-based neo-classical economics as characterized by contemporary mainstream Islamic economics.

“the insufficiency and the lack of the material means to live a tolerable and meaningful existence” (Zainul Abedin Patel 1983:4).

A situation where one “cannot support their needs by their own means” (Monzer Kahf 2002:22).

The concepts mentioned in their definitions such as the level of living, subsistence level, tolerable and meaningful existence, the needs and means are understood similarly to the understanding of the conventional concepts.

All Muslim scholars may probably aware of the need to take religious elements such iman, taqwa and spirituality into account, but they seem to ignore them, e.g:

Habib Ahmed (2004:20): Concept of poverty in Islam involves spiritual aspect. But he proceeds with his focus on the deliberation of the notion of deprivation in the economic sense.

Habib Ahmed (2004:20) holds to the statement by Afzalur Rahman (1974) that individuals are able to improve their spiritual lives by improving their material life.

Imam al-Ghazali (1988), in defining the concept of miskin and faqir, argues that faqir is only attributable to human beings while wealth only belongs to Allah SWT. To him, the real absolute faqir is the one who does not feel in need of Allah SWT. This is in line with Islamic worldview which holds to the fact that all creatures are in need of their Creator; hence, any believer may style himself al-faqir ila llah or al-faqir ila rabbihi (the one in need of God, the one in need of his Lord) (Adam Sabra’s (2000:9-10).

Previous scholars show that there must be an involvement of 5 elements:

When these 5 elements are taken into consideration, the poor and rich become SELECTIVE. This is based on their levels of iman, emerged out of the 5 elements:

Concepts used in Islamic economics have to be redefined according to Islamic teachings.

If not, they would not be able to detach themselves from the western ethnocentric measurements, hence misleading diagnoses and prescriptions.