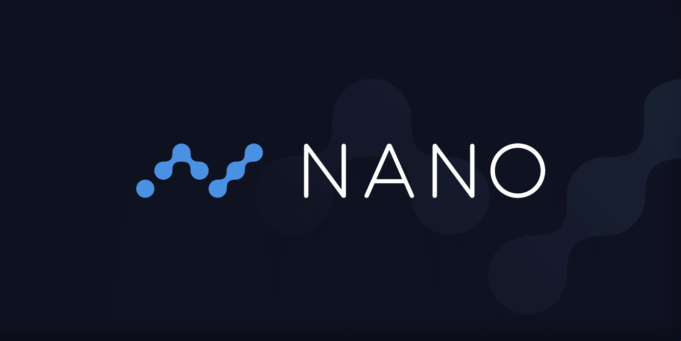 Nano is a cryptocurrency, alternative to Bitcoin and other cryptocurrencies. As a cryptocurrency, Nano is a decentralized network of nodes that allow the execution of peer-to-peer (P2P) transactions between any two individuals, without the need of third parties or authorities, like banks. Imagine digital coins and banknotes, that you can send digitally to anyone in the world, without the need of a bank or any third party service, as if you were delivering these coins in hand to the other recipient. The network is also cryptographically secure, which, simply put, means that no one can hack the network, or steal your money.

Nano is the digital currency designed to function on a global scale. Nano uses its “Block Lattice” technology that is capable of handling transactions of any size being processed almost instantaneously and without any fees. There is no limit to how much transactions per second this network can handle.

Nano is “the digital currency” designed to work on a global decentralized world. Its vision is to bring digital currencies to the masses, focusing on innovative applications that put Nano in front of everyone’s lives.

How can I use Nano?

To use Nano, you must have a wallet, that is composed of a private key, or seed, and a public address. There are many ways in which you can create a wallet. By creating an account at PlayNANO, a wallet (or address) will be generated for you. You can use that wallet to receive Nano and to send Nano to anyone you want, you’ll just have to put their wallet address in the destination address, and the amount you want to send. PlayNANO connects to the Nano network and sends the transaction for you. 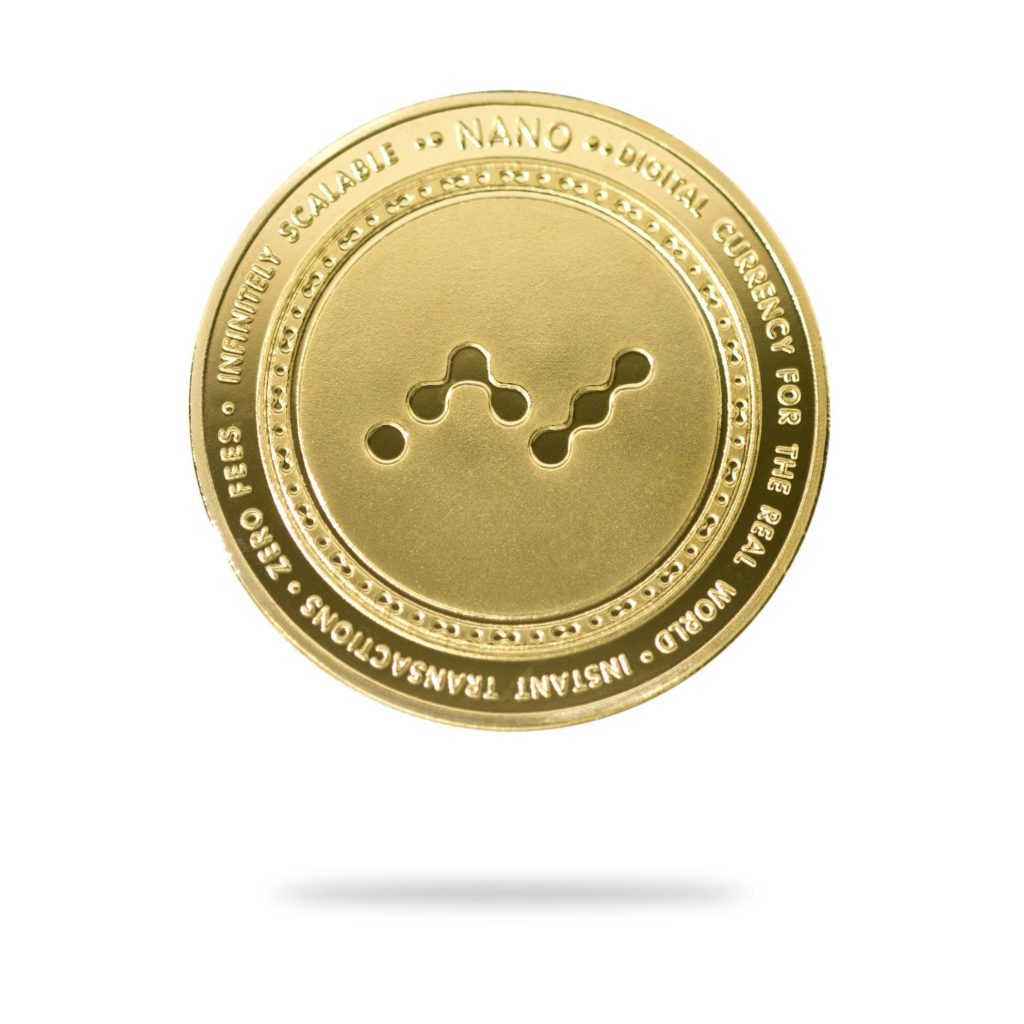 You can top-up your Mobile Phone with Nano
It’s like the title says, you can really top-up or recharge your mobile phone using Nano. In some countries, you can also buy data plus internet bundles, or pay for services like electricity, or even buy gift cards, all through your phone, and using Nano. To do this just head over to PlayNANO’s spend features, choose Mobile Top-Ups, and see what we have available for your country.

Nano was released in 2015
After starting on the development of Nano in 2014 (which was named RaiBlocks back then), Colin LeMahieu, Nano’s creator, made the first announcement about it being released back on October 13th in 2015.

This marks the date when people started getting their first NANO for free via its public captcha-faucet and started using its for Peer to Peer (P2P), feeless, and instant transactions.

Nano was created by Colin LeMahieu
He began working on its development back in 2014, and since then has been the face, name, and brain behind Nano. Who is he? Colin LeMahieu.

Colin had a Bachelor’s Degree from St. Cloud State University (Minnesota) in Computer Science, and about 7 years of experience as a Software Engineer, for companies like Dell, AMD, and Qualcomm, before he started working on Nano.

He started Nano because he wanted to address the limitations of blockchain transactions, like Bitcoin, which often caused unfeasible levels of fees and slow transaction speeds when the system was under heavy load.

Although Colin still works on the development of Nano, he is also the CEO & Founder of the Nano Foundation, which is now focusing on the global adoption of Nano.

Nano is green
If we look at all the infrastructure necessary to run government currencies, its banks, their servers, employees that go to work on their cars, and much more, we can see that its impacts on the environment are quite heavy. Even with cryptocurrencies like Bitcoin and others, we see huge impacts on the environment, with, for example, Bitcoin consuming more in energy towards its mining operation than the entire country of Switzerland.

Well, Nano is green. So much so that the entire network could be run by the energy generated by a single windmill.

Due to its technology and the way it was built, the Nano currency doesn’t need any mining and is very lightweight, which requires minimal resources from nodes to run its software, making Nano’s footprint very very low.

Nano differs from its competitors because it is, for all practical purposes, very eco-friendly in comparison.

The project can offset its carbon footprint by planting 5 acres of trees.

Even at a high volume of transactions, the entire Nano network can be powered by 1 single wind turbine.

Nano is Feeless
Nano is feeless, which means that, whether you send 0.001 NANO, 1 NANO, or 1000 NANO, the full amount that you sent reaches its destination. Adding the fact that transactions are almost instant too, this makes Nano super user-friendly allowing for services like PlayNANO to provide clean and simple user interfaces.

Unlike many other cryptocurrencies, which force the users to pay fees in order for its transactions to be processed, Nano’s fees are, and will always be 0. Other cryptocurrencies use these fees as a means to reward the nodes that are securing the network, but for Nano, this is simply not necessary. Nano uses an innovative consensus mechanism called Open Representative Voting (ORV) that simply removes the need for transactions to pay fees to secure the network.

Since transactions are fee-less, Nano could be a target for Spam attacks. To prevent this, Nano forces users to process a small PoW for each transaction. This prevents users with bad intentions to spam the network while allowing normal users to use the network freely.

Initially, there were 340,282,366 NANO in existence. Then 126,248,297 NANO were distributed using a free public captcha-faucet. At that point, 7,000,000 NANO was also reserved by the Nano Foundation which was dedicated to continuing working on the development of the Nano protocol and later focused on Nano’s global adoption. After these two distributions, the remaining undistributed supply of 207,034,069 NANO was burned. And that’s how we got to the current supply of 133,248,297 NANO.

Because sometimes users forget their keys or send Nano to unexisting addresses, some of that Nano is actually gone, and we will never be able to get it back again. Making Nano actually a deflationary currency, but only by a tiny percentage.

Nano uses Proof of Work
Nano was built to be feeless (as in, when you send 1 NANO, the receiver receives 1 NANO and not 0.99999 NANO), and also instantaneous (as in, when you send Nano, it takes less than 1 second to reach the receiver). Because of this, Nano could be prone to Spam Attacks, where users with bad intentions could abuse the feeless and instant properties of the network to send thousands or millions of transactions in short spans of time, with the objective of affecting the nodes that run the network.

To prevent that, Nano achieved a solution, to use a small Proof of Work (PoW) associated with each block. In most cases, this PoW takes less than a second to generate. Which makes sending transactions still almost instantaneous for normal users, but makes users with bad intentions waste a lot of resources and time in order to try and spam the network.

Nano transactions are instantaneous
Nano is almost instant. When you send a transaction, it will reach the destination within less than a second. And the transaction will be final by then, which means that nothing or no-one can cancel or revert that transaction. Adding the fact that transactions are feeless too, this makes Nano super user-friendly allowing for services like PlayNANO to provide clean and simple user interfaces.

Unlike many cryptocurrencies, where sending a transaction and having it final takes from a couple of seconds, to a few hours, Nano transactions are almost instant. This is achieved through the Block Lattice, a data structure in which each user address controls its own blockchain.

Nano is “just” the currency, peer-to-peer (P2P), and decentralized. There is no authority or entity that governs the currency itself. Then there is the Nano Foundation, which is helping with the adoption of Nano in multiple ways:

Simply put, a commit happens when developers change the code enough that it deserves “a name” for those changes. This means that, since its initial commit, back in May 2014, the developers of this currency had made 4444 important changes, improvements, and fixes to its code. That’s a lot of work put into this amazing currency that Nano is. 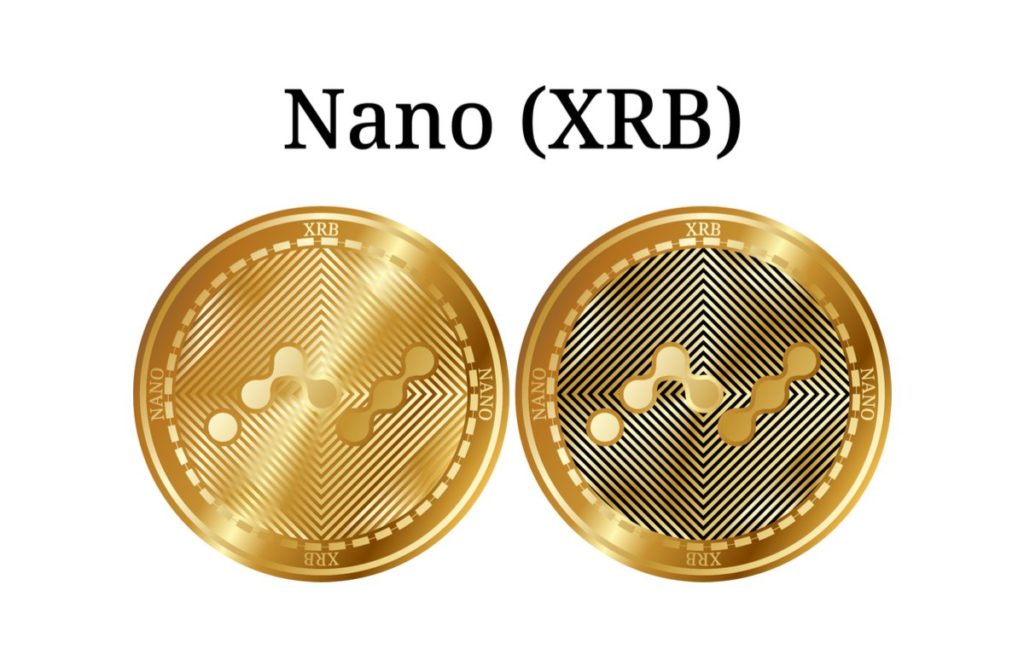 $NANO is the hardest money ever created. Its infinite stock-to-flow makes it the ultimate store of value. Throw in feeless, permissionless, near-instant transactions on a network that’s 3x more decentralized than bitcoin, and you’ve got the perfect money.

$NANO reaches the theoretical limit of the perfect money.

TL;DR: Nano hits the theoretical limit of perfect money — fast, fee-less, and zero inflation. It is the ultimate transfer and store of value.

Nano is a cryptocurrency that aims to solve the problems that traditional blockchains face — speed, scalability, fees, and a trend towards centralization (PoW + PoS). It does this by using a block-lattice architecture combined with Open Representative Voting (ORV)

To see why we are so excited about Nano, try it yourself—for free: To grab some free Nano, install ‘Natrium’ from the App store, and then head to https://freenanofaucet.com, enter your Nano address, and click ‘Get Nano.’ This is an on-chain transaction on a non-custodial wallet.

— Scalable on Layer 1; TPS can increase as hardware does and has no theoretical limit (vs. 7tps on layer 1) — Energy Efficient; the whole Nano network can run on one wind turbine (vs. 6,000,000 more energy-intensive)

— Decentralized (vs. 4x less decentralized than Nano according to the Nakamoto Coefficient) — Strong Game Theory That Decentralizes Over Time (vs. PoW, which centralizes over time due to economies of scale for mining equipment)

What is the future for $NANO

Worst Case: Nano never gains traction either due to lack of adoption or a competitor comes along with a superior product; -100%. Best Case: Nano seriously threatens Bitcoin as the ultimate store of value/transfer of value. The market values Nano on par/more than Bitcoin; 1679x.

In conclusion, we believe that owning $NANO offers a huge asymmetric reward vs. risk. Nano is a near-infinite improvement on Bitcoin, yet its market cap ($700m) is only 0.059% of Bitcoin’s market cap ($1.2tn). Therefore, I believe it is severely undervalued. 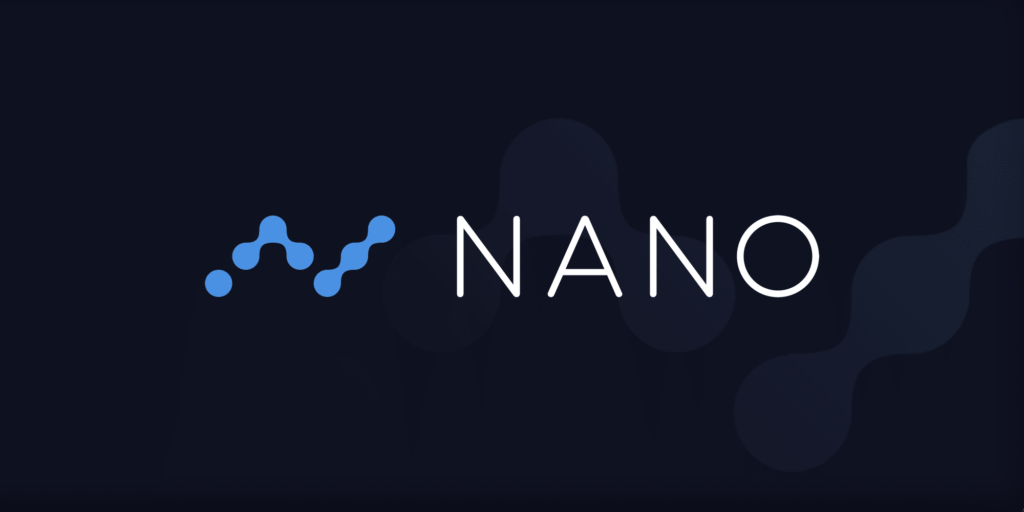 $NANO is one of the cryptocurrency projects that is considered halal. $NANO has very similar features to gold and gold-coin and has a no-inflationary feature, that is why we could not find any feature of it that can be considered as haram.