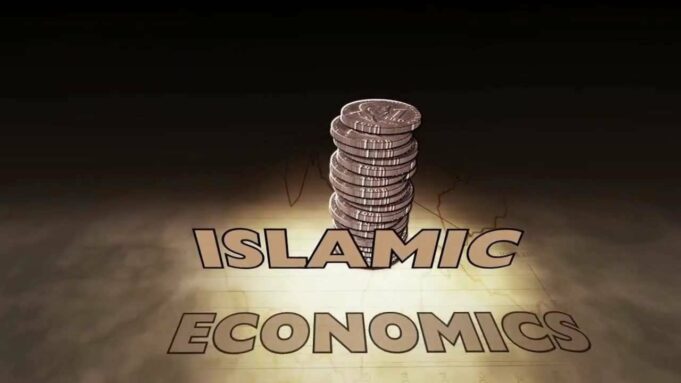 “Islamic Economics” is a term often referred to as a sub – branch of Islamic jurisprudence; fiqh in Arabic. The term of Islamic Economics literally translated from Arabic word “al iktisat’ul Islam, or rarely “al fiqh’ul Iktisat.”
To give a more professional definition; referring Umar Chapra; ” that branch of knowledge which helps to realize human well – being through an allocation and distribution of scarce resources that is in conformity with Islamic teachings without unduly curbing individual freedom or creating continued macroeconomic and ecological
imbalances.”
Also according to Chapra and many other Scholars; there are 4 sources of Islamic systems; they are;
1-) Quran, such a divine sources2-) Sunnah, the sayings and practices of the Prophet Mohammed (pbuh)3-) Ijma, the common belief of Muslim scholars4-) Qiyas, the other principles that are compared to those three sources.
These resources are widely accepted as the main sources of Islamic sciences. We will break down each and every one of them later on InshAllah.
***
Islam, a religion born in a territory where the agricultural potential is limited but commercial possibilities were great; such as trade and tourism. Prophet Mohammed (pbuh) himself had been a merchant; and very successful businessman actually; so We can see that Islam always regarded merchants with honor and esteem. Along with Prophet (pbuh); many of His Sahabah were also merchants; Abu Bakr, Usman and many others were successful merchants.
After the death of Prophet (pbuh); Muslims continued that tradition of successful trade. Many of that era Scholars were successful merchants as well, like Abu Hanifa. They faciliated in a really wide location; between Mediterrenian an China. It is an interesting point that people of those countries like Malaysia and Indonesia were converted to Islam not without war but with the efforts of that brilliant Muslim merchants like Abu Hanifa.
During the Middle Ages, with that remarkable success in making converts; Muslims were started to seen as world’s leaders in business, science, medicine and philosophical thought. Many ancient Greek authors are known to us today only through Arabic translations. Modern mathematics is based on the Arabic system of notation, and algebra was an Arab invention. During the intellectual revival of Western Europe in the eleventh and twelfth centuries many Christian scholars went to Cordoba and other Muslim intellectual centers to study classical philosophy and science. The word of “college” was derived from Arabic word of “külliye”; and the oldest college of English speaking Europe, the Oxford College was founded as a copy of those “külliye” system. At the same time, Christian merchants learned Muslim commercial practices and techniques. As a matter of fact, the word of “cheque” (literally means a printed form, used instead of printed money) was invented by Muslim merchants of that time; and its original Arabic word was “şakk”. Many other advanced finance techniques were also being used during that time period.
In short; it can be clearly seen that the Islamic economic system of that time is very close to today’s free market and so–called capitalism or liberal economy. However; Islam has two main and very important differences when compared to those other economic systems. Islamic Economics is based on the “prohibition of interest” (usury or riba in Arabic) and the “presence of zakat (almsgiving)”. Those two points can be regarded as indispensable points of Islamic economics. “Prohibition of interest” and obligatory almsgiving could be sounded like somewhat socialism, but; it’s not. Islamic economics is so much different than capitalism and socialism. However, I think it should be a good implication that the “dynamism of capitalism” and “equality of socialism” are combined in the economic system of Islam. Moreover, it embraces both this and another world as a whole; directed to obtain both worlds.