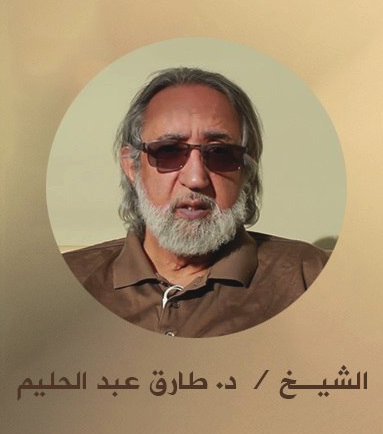 Tariq Abdelhaleem is a scholar of Islamic Economics. Recently, He published a post on his personal blog titled “My wars are over” which draw my attention and I wanted to share it here.

It has been so long since I started working, 42 years ago, this month. Forty-two years since I faced reality, the world as it is, on the ground, without the shield of family and parents. It has been too many fights, problems, ups and downs, confrontations, losing and “winning” whatever it means. But, in all cases, a part of me died with every single fight, won or lost.

What we don’t realize over the years, is that life is a constant state of fight, an everlasting war, against everything and everybody around us. War without arms. subtle little consecutive wars, that never stops.

But, however, it seems that we, humans, are equipped for such war. We were created with a system of defense that is built into our nervous system, allowing us to cope with the stress, anxiety and pressure of such continues confronting situations, with added instincts, such as the need to survive for more support of that defense system.

However, as every other system, the defense system gets less and less efficient. Irritations start to grew faster and becomes sharper. wounds become easier to incur. less capacity for confrontations becomes evident. No more parts to die over such fights. It is all gone already.

That is what happens, when you reach 65 years old. Serenity becomes a necessity, not a luxury. however, it is never easy to achieve, as those who tried know! it is a gift, a skill, or a bless if you wish, to reach.

Different reactions can happen when you decide to surrender your weapons, and resort to a corner in life, and start watching rather than participating. Some get depressed, some get content, some become happier and live healthier. It all depends on who you are, how your history was, and what yoursystem of believe is.

People who used to be strong, active and confrontational, normally deteriorates faster, as they burn their system much faster. They tend to be more content with their retirement from the fights than being sad.

Those who believe in Allah swt, and understand the definitive nature of life, and the relationship between here and the hereafter, also tend to be more content with stepping aside, and let go of the day-to-day fights, if and wherever possible.

You ask me, if it is easy to let go of the small wars, and the big ones? No, it isn’t. It like let go of the soul to leave the body, just the former one is the first step of it! facing these little fights is embedded in the fabric of the human existence. Letting go is, as I put it before, admitting of the death of a considerable part of us.

It is paramount to admit that you have reached this stage of life. Keep going and not letting go at the appropriate time is a huge mistake, only you will pay for it.

Some people say “I will never let go until the day I die”. A dear friend of mine, stubborn as he was, used to refuse closing of any company that we used to be partners in, even it was already losing, because, to him, this means admission of failure! To me, this is just admission of reality, not just keep fighting the windmills!

You also might ask, does this means life is over. No, Fight is over. Life continues on new ground and different bases. Mainly, less exposure to others and envolvment in social activities. That’s all.

However, I feel nervous, but content of reaching this stage of life, admitting it,  and finally letting go.

Islamic Banking and Finance in Egypt