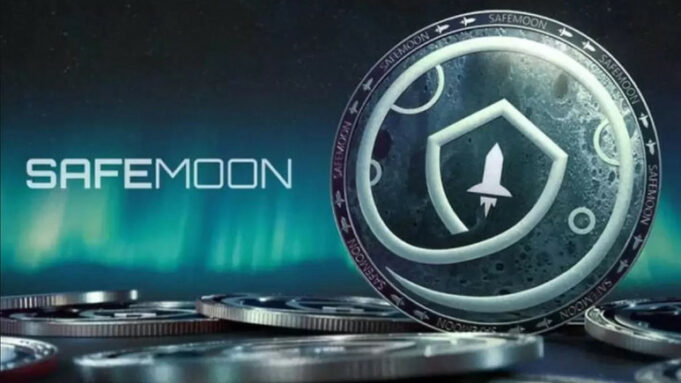 Is SafeMoon Coin a Halal Investment???

As we all know that cryptocurrency is not a strange word anymore. People are going crazy over the digital currency. Like Bitcoin, Ethereum, Dogecoin, StopElon, the crypto market has welcomed a new currency which is SafeMoon. SafeMoon is the short form of “Safely to the Moon”. It is a decentralised finance token which was launched in March 2021. John karony is the CEO of SafeMoon.

Unlike other currencies, the aim of SafeMoon is to mend the price volatility issue. Since its launch on the digital market, the currency has experienced a steady growth in the price. SafeMoon is also on the blockchain and doesn’t support any exchange and financial institutions as intermediary. Its main purpose is to promote peer-to-peer exchange with a total supply of 1 quadrillion.

Being a medium of exchange, SafeMoon also works with distributed ledger technology called blockchain. With a market cap of almost $1.3 billion the main difference between SafeMoon and other digital currencies is that SafeMoon motivate it’s investors to hold their token rather than sell it.

SafeMoon Investment in the Eye of Muslims Scholars:

Although the world is the transition mode towards digital currency such as Bitcoin, Ethereum, SafeMoon etc., the Muslim majority is in a state of uncertainty and doubtful about stepping into the world of blockchain. The main reason behind this is that Muslims have to follow the Muslim Scholars whose decisions are based on the knowledge of Quran and Sunnah. These Scholars provide Fatwa based on Shariah.

Islamic Scholars Opinion about the Legitimacy of SafeMoon:

A lot of work is yet to be done to confirm whether the Muslims should invest in digital currency or avoid doing so. However, many Islamic scholars have given their views on digital currency with respect to Quran and Sunnah. They say that the decision of Halal and Haram is according to the usage of the country. In the case of SafeMoon, the following situations should be considered to conclude whether SafeMoon currency is Halal:

They take the crypto and  pay an interest rate: In this situation, if you give your coin or stake your capital to the market and it is returned to you with a premium regardless of any work  then this is Haram according to Islamic laws.

Being paid by new coin holders purchase: This situation is not permitted in Islam as it is called Ponzi situation where your coin is taken and you are paid from new buyer’s coin. Basically this is considered stealing other’s wealth and viewed as Haram in Islam.

SafeMoon Staking with  Reference to Quran and Sunnah:

SafeMoon is also a type of Staking in which you stake your token the reward is given according to your minimum SafeMoon balance. Let us look what Quran and Sunnah says about SafeMoon Staking. In the Quran Surah Al Baqarah, Allah says:

Interest in Islam which is known as Riba in Shariah is defined as follows according to the Hadith of Prophet Muhammad (PBUH):

Narrated by Ubaadah in al-Saamit (R.A), Prophet (PBUH) said: “Gold is to be paid for gold, silver by silver, barley by barley dates by dates, likes by like, payment being made hand to hand. He who made an addition to it or asked for an addition,  in fact, dealt in usury (ribaa)”.

According to the Quran and Sunnah, any sort of crypto staking is not permitted if t has a fixed amount of interest-free a certain period of time. But in the case of SafeMoon, 10% transaction fees is charged, out of which 5% goes to existing coin holders. This does not look like any sort of Riba because no loan is involved. So nothing seems Haram about it. Allah has permitted trade but forbidden interest.

Islamic Banking and Finance in Bahrain