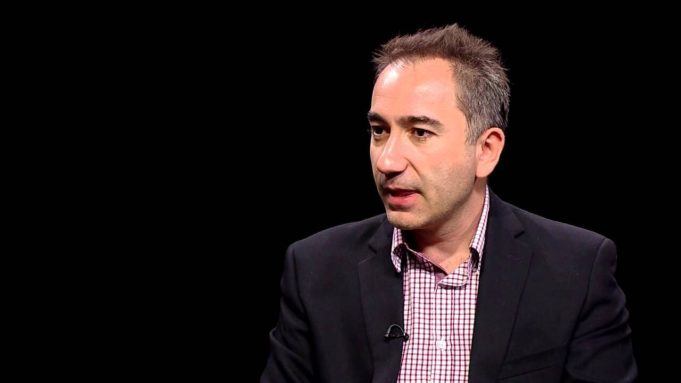 Mustafa Akyol was born in1972, Ankara. After studying at TED Ankara College, Nişantaşı Anatolian High School, and Private Tercüman High School, he graduated from Division of International Affairs and Politics of Boğaziçi University.

His father is Taha Akyol who is still a columnist at Milliyet Newspaper in Turkey.

He prepared a master thesis titled “Roots of Kurdish Problem” at Ataturk Institute at the same University. He extended this thesis and changed it into a book titled “Rethinking Kurdish Problem: What was wrong going on? Where to from now? “ (Doğan Publishing, 2006)

He has worked on the subject of relation between religion and science at Discovery Instıtute, making a leadership in Intelligent Design Movement at a period of time ,in the USA. In May of 2005, he was listened as “expert” in the Project of “educational curriculum changing” by Ministry of Education in the State of Kansas.

His articles in English on the subjects of “Turkey”, “Islamic World”, “Islam and Modernism”, “Islamic Economy”, “History and system of Islamic Economy” are being published in the western journals and thought magazines like The Washington Post, The Wall Street Journal, International Herald Tribune. He was still the editor and a columnist of Turkish Daily News. You can reach all his English writings at his English site.

His different writings in Turkish Press, have been published in Journals like “Radikal”,”Referans” and”Zaman”.

He is also the co – author of the book called “Ethical Capitalism” (Ahlaki Kapitalizm, in Turkish) with Murat Cizakca.

He is still a proper columnist in journal of “Star” and “Al Jazeera”.