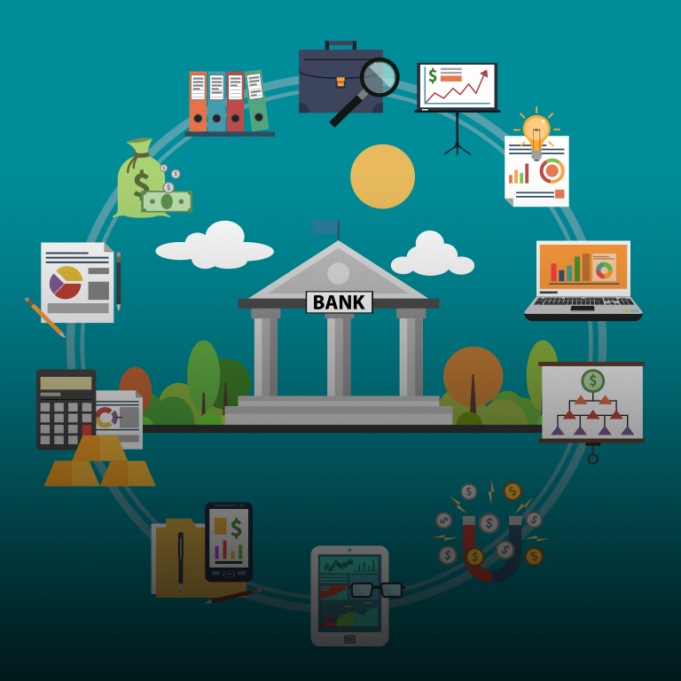 Islamic banking has developed  recently.  Put forward  to be having high ethical criterions, the banking system upraises questions from many.  First of all, we should answer some questions like that in this field.   Are these standards just a sham —a smart  way to hide  that Islamic banks are basically like any other?  Are they a real attempt to reunite religious principles with finance in a capitalist world?

To answer if Islamic banking is totally different from the conventional banking system, we  should know the history of  this  interest-free  banking system.

The most important property  of Islamic banking is its banning  of  interest. Doing business  without the use of interest-bearing loans, in the form of Mudaraba rules, advances the coming  of Islam.

Before Islamic period, Arabs  in Mecca, close to the crossroad  of old commerce  routes, coordinated  caravans to carry  goods between Syria and Yemen.  The Meccan merchants  sometimes  used agents to deliver the goods, buy, sell and report back with the numbers for profit or loss.  Later on, it  was  shared according to the traditional  principles  of Mudaraba.

When a merchant  united with others in a shared trading initiative, the profits or losses were shared, under an another principle called Musharaka, suitable  for an agreement between participating sharers in a trade.  Therefore,  the trading caravans were capitalized with  the principle of  sharing profits or losses, not by interest-bearing loans.

Before modern banking system becomes popular, Mecca was a quite small town, and the forming  a trade caravan was a principal  occasion.  The travelers and their patrons were acquainted  with one another’s general fame  and status, and possibly knew each other as a  person.  That continued true of societies in the early Muslim period.

But, society is more disunited in today’s world.  Rich people  to invest do not need to know anybody  with an  initiative  that requires capitalizing, and people who have trade thoughts may have no contact  with possible investors.

The conventional banking system has grown up to intercede  between the groups of people, enterprisers and investors.  To exist, the banks obviously  have  to make a profit.

The prohibition of  interest (riba) on loans in Islamic banking system is well known.  Riba is considered as haram, or forbidden in Islam.  But to operate  a bank needs  to charge some fees for its services.  For conventional banks, a principal  of profit is from revenue that is obtained from charging interest.

In contrast, Islamic banks make their profits in other ways such as ‘profit-sharing’.  Is it possible for Islamic principles of profit-sharing rather than interest taking to transfer from the  trading caravans to the anonymous banking system that we experience now?

The old systems of Musharaka and Mudaraba survive in the modern Islamic banking system.  They both refer to ways of sharing risk and reward in place of remuneration at a fixed interest rate.

Mudaraba is used for a more passive kind of investment or participating, in which  one side supplies capital or goods, and  the other side  carries out the work necessary  to gain  a profit.

Musharaka presents  a more active investment style by a person  who is either a partner in the business or  a supplier of money.

A very distinct  difference of the Islamic banking system over conventional banks is on the sharing of risk, that is equally spread to either the lender or borrower.