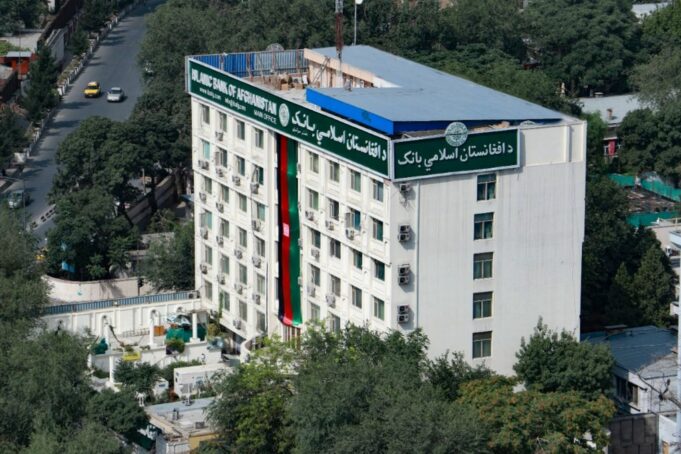 Afghanistan has recently been home to a pattern  of banking and lending, more commonly referred to as Islamic finance  forbidding the charge of interest and  requiring the share of risks and profits between investers and debtors.  In Afghanistan, the population’s  difficulty  with commercial finance, which is normally  sensed as being un-Islamic, and concerns regarding degeneracy  have especially encouraged Islamic finance.  While the so-called „Kabul Bank crisis‟ which began in September 2010, badly  affected the  country’s  finance and banking sector, experts cited in the Financial Times hoped for  that an increasing number of Afghans would see Islamic finance as a more trusted  and stable alternative to private banks.

In Afghanistan, Islamic finance  predates the present  international interference but has seen growth since the post-2001 formalisation of financial foundations, based on reports from the MicroCapital Monitor.  In 2006, the Foundation for International Community Assistance (FINCA), a micro-credit supplier, became the first micro-finance institution (MFI) to provide non-interest bearing Murabaha Islamic loans.  These loans require that “sellers” or loan suppliers  state  the fee (not interest) which they will  foresee  in return for the loan, a procedure  which is called  as “cost-plus financing”.  In short,  after offering Murabaha loans, FINCA made all of its products Sharia-compliant and only permitted lending to business enterprises rather than individuals.

A number of  non-governmental organisations (NGOs), including Islamic Relief, and MFIs  followed afterward   FINCA’s  lead  after  experiencing that a powerful market existed for Islamic financial products.  Indeed, Sharia-compliant loans are greatly  approved  by Afghans according to a current  report from the Center for International Private Enterprise (CIPE);  CIPE’s survey of 738 business owners found that 26%  showed they had not taken out loans given their understanding  that ”borrowing is banned in Islam”.

Greater banks immediately  spread out into the area  of Islamic finance in Afghanistan, with Bloomberg noting in early 2011 that seven of the  country’s  17 financial foundations introduce  some form of Islamic banking.  Moreover, as a Business Week article recently published, the Afghan government is authorising the country‟s  first Sharia-based banks.  These three institutions – Afghan United Bank, Ghazanfar Bank and Maiwand Bank – are declarative of a broader move towards Islamic financial workings.  This move is motivated in part by the understanding  that Islamic banking may draw extra  deposits from individuals who understand  commercial banking as un-Islamic while also earning a substantial return.  Ghazanfar Bank showed  in 2009 that profits from some of its Islamic products  which it had begun introducing before Afghan government certification  were thought  to rise by 36.7%  within  a  year.  This bank further estimated that the amount of money deposited in Sharia-compliant accounts,  given their popularity among Afghans, would increase by 35.0%  between the years  2009  and  2010.

In spite  of the challenges for Islamic finance, it is considerably favoured by Afghans, according to the above-mentioned CIPE surveys, and is thought likely to expand greatly within Afghanistan in the future .  With  merely  3%  to  10% of Afghans presently holding accounts in the country’s  commercial banking sector, Islamic finance may attract  individual savings away from hawala traders and out from under pillows and individual safes across the country and supply a much-needed shot  of deposits  into banks and trades.  As the chairman  of financial services as DAB currently declared, Islamic banks will not only gain the trust  of plain  Afghans but will also let  banks to more freely supply loans to wishful  enterprisers  and improve  the country’s  economy.