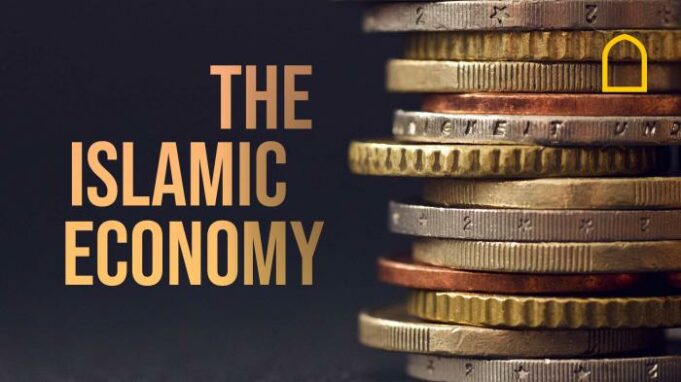 To me, Islamic Economy  is a science which is inspired by islamic values and examines problems of society. This definition of islamic economy  is totaly different from  others put forward today. Economy today is defined as examining  man in the labor process. Let us give more differences to this definition with the words of Prof. Robinson. Robinson defines economy like this: ”Economy is a science  which examines human behaviours  in relations between scarce sources and aims and has different applications.”  This definition can certainly be discussed. But, the main aim of economy is determined  here. Therefore, economy has the subject of examining  human living in the society. Economy takes place in social sciences. Islamic economy is a part of scoial science undoubtedly. But, it is a limited social science we mentioned here. Because we do not observe an ordinary man  in society. Islamic economy is not examining indivudials one by one apart from society. It is mainly examining the person who is not absracted from society whose indivudials believe in islamic values. Like contemporary economy, islamic economy does not examine the world which is constituted by people like Robinson Crusoe. Because either economy has to contain the phenomenon of changing either an event or a possibility.

Contemporary economy mainly deals with problems related to money. The number of economists who accept that economy  examines the behaviour of man related only money earning  is really getting more today. But, classical writers and their followers today  tend to pass beyond money wall and to measure economical problems with a unit not based on money. Source of  basic economical problems is based on this truth that there are needs and desires of human and these needs and desires cannot be compensated and satisfied without spending our limited energy and  material  instruments. If we had unlimited sources to supply all  our needs, there would not be economical  problems. There is almost  no difference between islamic economy and contemporary econmy in terms of scarce sources. If there is a difference, it is on the basis of its nature. The main difference is knotted on the solution of choosing problem. Choosing problem is caused by scarce sources. Some desires can be satisfied with sacrificing others. Continuous contradiction between scarce  sources and so many  desires force us to make preference among choises and make  an order according to their precedent and to spend our sources to compansate as many needs as we can. In contemporary economy, choosing problem mainly depends on his/her uncertain and usually nonsensical desires and caprices. Man who is the subject of this economy does not esteem public needs. But, in islamic economy, a person cannot spend sources in the way he/she likes. On this field, there are limitations by the Quran and hadiths.

In brief, islamic economy examines not an ordinary man living in the society, but a  devout muslim. Whereas, contemporary economy examines an ordinary person in society. The problem of economy  occurs  because of multiplicity of desires and scarcity of sources. The position in both economies are the same. But, in the subject of choosing, they separate from each other. The basic principles of Islam gives light on islamic economy, but contemporary economy which based on capitalist socio-economy is controlled by indivudial desires and caprices. This difference drags us to a discussion. Should  islamic economy pay attention to the results? Or should it become impartial when faced different results. These questions are mostly put forward people who like

principles of economy today. Because economy today becomes indifferent to results, and it examines them as it is, not as it must be. Prof. Robinson summarizes this point: “economy takes the subject of relations between technical and social environment by aims appeared in an indivudial as a behaviour tendence. Neither aim itself nor technical and social environment is subject of economy. The point which economists take care of the relations between them.”

Allah (May His Glory be Exalted!) has created humans in different  skills and pleasures to help each other in a way of taking care of different professions. This division of labor provides economical desire and economical relations.  Human life becomes meaningless without  mutual coorporation.  It cannot be thought that a man  goes on living without social relation. A man depends on society because of necessity of his creation. On the other hand, Ibni Haldun, a  Tunusian scholar called “ father of social science”, has made a different definition of economy. He has brought a clearer definition than Tusi to  economy. He has seen more clearly than  later-come  economists than himself that economy is in a very strict and deep relation with human welfare. His work called “Ahlak ve Aklın Buyruğu” (Moral and Order of Mind)  shows  that he has thought economy  is either positive  or normative science. Besides, by using term  “heap”, he stated the truth  that  the aim in economical  researches  is to raise welfare of society not indivudial.    Since social and economical laws affect society and  society cannot be affected by anybody out of society, common welfare must be first. Ibni Haldun has discovered  mutual connections between economy and poltical, social, moral,  cultural elements, for the first time.  Although  he examines these elements one by one in his book titled “Mukaddime” (beginning), he has thought those elements  as views of civilization one inside another, affecting human  who lives in an organized society. Besides Tusi and Ibni Haldun, many of famous islamic scholars participated to development of economical science  greatly, such as Imam Ebu Yusuf, Yahya bin  Adam, and El Hariri. These scholars have given a certain shape to economy and put it on a scientific base.  By looking at this view,  these muslim scientists could be seen  as pioneers of classical economists and mercantilists.