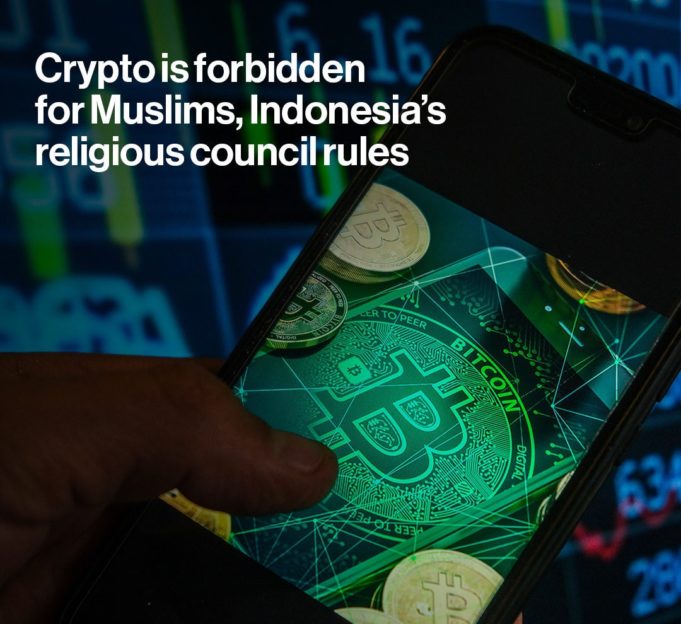 The use of crypto assets as a currency is forbidden for Muslims, according to Indonesia’s council of religious leaders.

The National Ulema Council deemed crypto as haram, or banned, as it has elements of uncertainty, wagering and harm, according to its head of religious decrees.

Indonesia is home to the world’s largest Muslim population. The council has authority on Shariah compliance in the country, including Islamic finance issues.

The government itself has been supportive of crypto assets, allowing it to be traded alongside commodity futures as an investment option and pushing to set up a crypto-focused exchange by the end of the year. Indonesia doesn’t allow the use of crypto assets as a form of currency, as the rupiah is the only legal tender in the country.

While the decision from MUI doesn’t mean all cryptocurrency trading will be stopped in Indonesia, the decree could deter Muslims from investing in the assets and make local institutions reconsider issuing crypto assets. Bank Indonesia has been mulling a central bank digital currency, with no decision announced as yet.

Crypto transactions amounted to 370 trillion rupiah ($26 billion) in the first five months of the year in Indonesia, still a fraction of the global market at around $3 trillion.

The stance of Indonesia’s religious leaders may diverge from their counterparts in other Muslim-majority countries. The United Arab Emirates have allowed crypto trading in Dubai’s free zone, while Bahrain have backed crypto assets since 2019.

Islamic Aspects of AXS Coin : Is Axie Infinity Halal or...