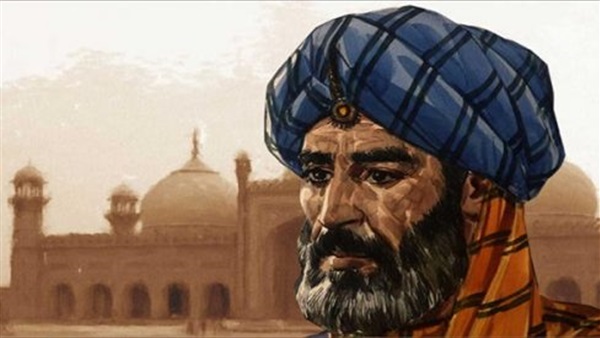 In Islamic thought history, Takiyyuddin ibn Teymiyye comes in the first place of the names who have been talked for or against. ( Birth: 661/1263- Death: 728/1328). He was born in Harran, and he had the family who sheltered powerful scholars of Hanbeli Sect in.

İbn Teymiyye defended that all the economical relations should be organized according to islamic principles because of that he has seen islamic state as whole in terms of political, administrative, and economical aspects. For this reason, in islamic states, rules which organize economical relations (hisbe) and supervising agent (muhtesib) are found in the central place in İbn Teymiyye’s economical theory. Muhtesib should not control only false products, measurements, scales, price-reducers, black market agents, but also control people who do not pray, fast. (ibn Teymiyye, 2001:27,62).

Muhtesib take power from power of police (Şurta) in supervising process. In a commercial life which has been organized according to islamic rules; To İbn Teymiyye, in an economical life, affairs which should be banned especially are : every kind of interest, to showing good parts and hiding bad parts of goods, price-raising in auctions as if he was a customer, buying goods at a very low price from villagers who are unaware of prices and piling them for stock, buying unnecessary goods at a low price and staying for increase in value (ihtikar), and not selling them to people in need, and so on. ( İbn Teymiyye, 2001: 32-35). In such occasions, muhtesib can interefere position and judge (Kadı) can sell stock holder’s goods at an equal price with similiars. (İbn Teymiyye 2001: 57). Besides, Muhtesib should take cruel precautions about quality of goods. For example: people who adding water into milk, producing fabrics at a low quality, and so on, must be fined certainly, false goods must be destroyed utterly.(İbn Teymiyye, 2001: 67).

In Islamic Countries at middle ages, some characteristics which was defined by Teymiyye have been expected from muhtesibs and merchants and muhtesib has had a right of supervising either in economy or in moral. In Memluk State, merchants and muhtesibs hav been accepted as scholars class and muhtesim has been chosen from reliable and moral mrchants. In Memluks, there were 600 mrchants named and 225 out of them has been appointed to duties like, scholar, sheikh (head preacher or teacher), foundation manager, preacher, in later times of their life. (Clot, 2005:168). From this point of view, Memluk Merchant class had a very different social structure from their equvalents in Europe. It is seen that they have been limited by more ethic rules. But, in spite of all precautions, some of memluk merchants have continued commercial activities like brokerage which has not been seen nice, by using their political relations. (Clot, 2005: 169).

In the subject of how prices and wages would be detemined, like other middle ages theorists; Teymiyye could not put forward a definite idea, either. In this subject ,he refers to the hadith of:”Allah (M.H.G.E.) iis the only one who determines prices and gives abundance, famine and sustenance.” In this hadith hazrat Prophet (P.B.U.H.) stresses on that we cannot estimate prices in advance, and they depend on different factors out of our supervision, and he avoided interference in this subject. (İbn Teymiyye, 2001:37). But in spite of this hadith, İbn Teymiyye defended that Hazrat Prophet’s this saying is about a single event and state must interfere determining prices. In the middle ages, none of islamic state let the market prices free; in islamic states, market had to move between highest and lowest prices which state determined (narh). According to these rules, sellers could not sell their goods at neither above nor under prices which state determined. İbn Teymiyye accepted the right of earning of sellers and at the same time he defended on that there would be disorder if a seller did not obey the narh and regulate his prices common trend. (İbn Teymiyye, 2001:50)).

In islamic states of classical term, it can be said that market control was very sitrict. Insistence on the “narh” and “quality” would be one of the causes of collapsing crafts of islamic countries against cheap Europian goods in Merchantalist age, at least, to the late centuries that Europian Merchants were dominant in the Mediterenian. Some islamic corporations tried to keep step with this rivalry. For example, in the end of XV th century, Silk producers of Bursa produced cheap and unquality fabrics on the pressure of folks, and by ignoring rules and bought Muhtesib with bribery as well. (İnalcık,2000: 90). In spite of this example, system of corporation started to fall down by the effect of Europian Merchantism pressure. Although interest was certainly illegal according to islamic rules, it was not left even in classical terms. Because of that great and international commerce would not be done in cash generally, debt bills payable at a specified future date were arranged before Kadi ( Judge in Islam)  and eye witnesses by exaggerating the real amount to hide interest.(İnalcık, 2000: 257). From this point of view, it can be seen the difficulty of applying Teymiyye’s and his followers’ economical ideas on real economical life.