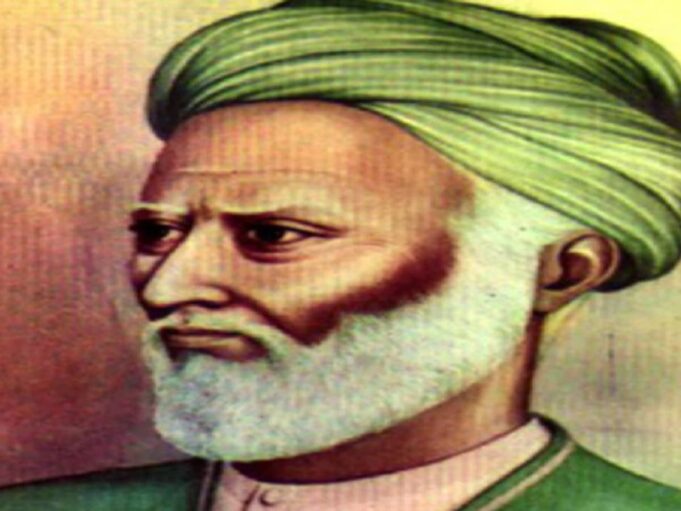 Abu al-Hasan Ali Ibn Muhammad Ibn Habib al-Mawardi was born in Basrah in 972 C.E.(362H).  He has taken his first education in Basrah.  After his basic education he learned Fiqh (Islamic Jurisprudence) from the jurist Abu al-Wahid al-Simari.  Then, he went to Baghdad for further education under Sheikh Abd al-Hamid and Abdallah al-Baqi.

His qualification in jurisprudence, political science and literature has given him a respectable career.  Initially, he was appointed as qadi (judge), then he promoted to much higher ranks step by step.  Finally, he became the Chief Judge  in Baghdad.  He has been appointed as a roving ambassador and sent to a lot of countries as the head of special missions by the Abbasid Caliph al-Qaim bi Amrillah.  In this way, he consructed a good relationship between the declining Abbasid Caliphate and gaining powers of Buwayhids and Seljuks.  He was rewarded with valuable gifts by many sultans of the time.  When Baghdad was taken over by Buwayhids, he was stil there.  He died in 1058 C.E.(448 H).

Al-Mawardi was a great muhaddith, jurist, sociologist and political scientist.   He was a distinct jurist and his book titled Al-Hawi was about principles of jurisprudence has a high reputation.

His Works on political science and sociology are composed of many valuable books.  The most famous are Kitab al-Ahkam al-Sultania, Qanun al-Wazarah and Kitab Nasihat al-Mulk.  The books evaluate the principles of political science with special reference to the responsibilities and duties of the caliphs, ministers, relations between different elements of public and government and precautions to reinforce the government and provide victory in war.  Two of the books mentioned above, al-Ahkam al- Sultania and Qanun al-Wazarah have been published and translated into different languages.  He is accepted as being the writer and supporter of the “Doctrine of Necessity” in political science.  Therefore, he was in favor of powerful caliphate and demoralized unlimited powers delegated to the gonernors, which he claimed to cause chaos.  He also explained clear principles for election of the caliph and properties of the voters,  most important of which are pureness of character and the intellectual level must be reached.

His book  titled as “Kitab aadab al-dunya wa al-din” was about ethics and had a very great fame and it is still  read in some Islamic countries.

Al-Mawardi has been accepted as one of the most well-known thinkers in political science in the middle ages.  His original book helped the development of this science and also the science of sociology.  Sociology has been further improved by Ibn Khaldun later on.