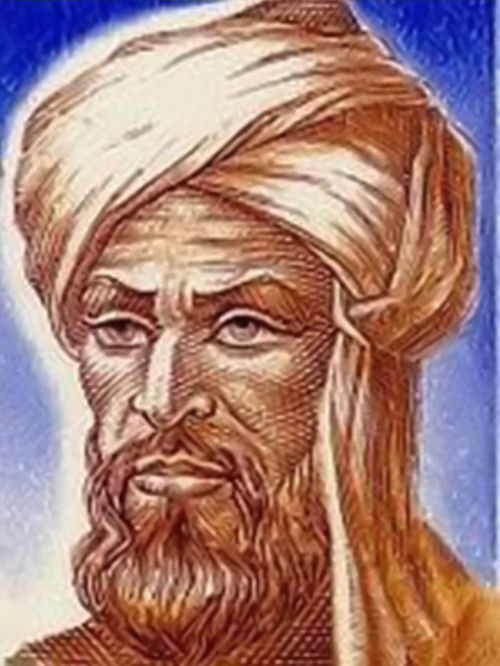 His full name is Ahmad bin Abd al-Qader bin Muhammad bin Ibrahim  bin Tamim al-Bali al-Abidi al-Hsini.  He was also known as Taqi al-Din al-Maqrizi.  He was born in Cairo, in 766 AH (1364 AD), and died on Thursday 26 of Ramadhan 845 AH (1441 AD).  He was buried in Friday in Hush al-Sufiah al- Bibarsiah in Cairo.  Al-Maqrizi was very much fortunate in that his grandfather from his father’s side Shaikh Muhi al-Deen al- Qader (732/1331) and his grandfather from his mother’s side Shamsul-Din ibn aiqh (786/1384) were scholars in Hadiths,  Arabic and Fiqh (Canon law).  Even when he was young, he used to attend classes of scholars with his father.  He has taken his formal education in Cairo.  He studied the Quran, Prophet Muhammad traditions and other fields of Islamic studies like usul-fiqh and dialectical theology there.  He has also studied philosophy, mathematics, astronomy, and Arabic literature.  Ibn Khaldun, a well-known scholar was a teacher of him.

Al-Maqrizi has spent most of his time to literary work in the branches of history and biography.  Al-Maqrizi has held his academic posts in important schools (madrasahs), same as all other scholars.  For the first time, Sultan Barquq has appointed him to teach hadiths in Muayyadiah School in Cairo.  He has also served as a government officer in Diwan al-Insha of mamluk under Sultan Barquq in 791/1388 AH.  He was promoted from the periphery of mamluk bureaucracy to the center.  He served as a Qadi of the Shari Madhab.  Later on, he became the Imam of Mesjid al-Hakim al-Fatimi.

Al-Maqrizi has gone up his steps of rank quickly and became the Muhtasib (Ombudsman) of Cairo and al-Wajeh al-bahri of Sultan Barquq (801/1398).  He had the duty of being responsible for the conduct of the markets and the control of the merchants.  The position of Muhtasib in Cairo is the highest in all muhtasibs.  He had been in Damascus for ten years before  he moved  to Cairo.  He left all government tasks and started to live a life of respect and fame for the rest of his life.  He has used his house as a center of teaching up to his death in 845H/1441AD).  He focused on Islamic history mainly.

Although he was a mamluk-era historian and himself a Sunni Muslim, he is remarkable in this context for his unusually keen interest in the Ismaili Fatimid dynasty and its role in Egyptian history.  Most of Al-Maqrizi’s Works exceeding 200,  are concerned with Egypt.  The most important is the Wawaiz wa al-i’tibar bi dhiker- al-khitat wa al-athar (2 vols, Bulaq, 1854) translated into French.  He began a large work called “Muqaffa” – an encyclopedia of Egyptian biography in aphabetic order.  Another Egyptian historian  Al-Sakhawi believed this would require eighty volumes to complete, but only sixteen were written.