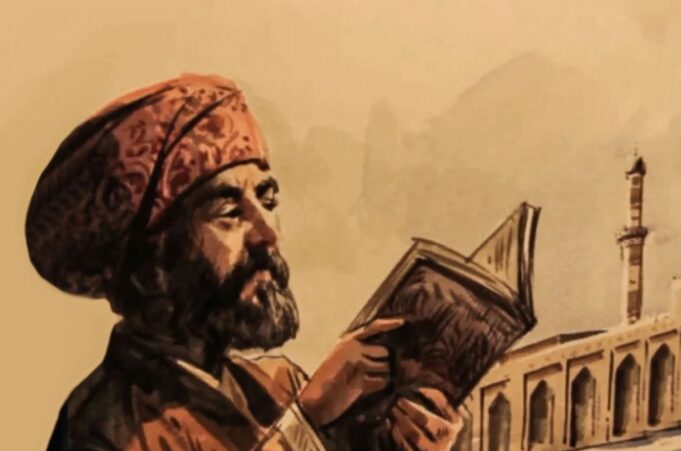 He has systematized the islamic law teaching way and has established hanafi sect which is one of the four sunni sects of Islam. Since he refused being a cadi insistingly and preferred being away from politics, he was under pressure by managemet and died in prison. His sect was accepted by many islamic societies, and besides Arabic Countries, it extended to Turkey, India, Pakistan, China, and Central Asia.

He was born in Kufe which was one of the centres of thought in Iraq. His father was a Merchant, so he followed his father and started to silk trade, and became famous for being very honest. He spent most of his regular and high earnings on charity and helped many scholars.

Imam-i A’zam dealt with trade as well.  His contentedness, generosity, respecting for trusts, piety always appeared in commercial transactions. Businessmen likened him to Hazrat Ebu Bekr and became astonished by him deeply. He worked together with his shareholders and every year he gave out more than four thousand dirhems of his earnings. He spent money on needs of scholars, students and experts on hadiths, and also give Money them and said in a modesty way:” Spend them on your needs and thank to Allah. This is not my Money, this is the money Allah send you by means of myself generously.” By this way he didn’t use to make them indebted, and they could spend money in a comfort way. He used to spend on his home’s needs generously and give charity to people in need. He used to give gifts to the rich. Every Friday, he used to give out 20 gold coins for his mother and father’s soul. One day he saw a man attending his lessons in a old and torn clothes. He wanted him to stay in the hole until all the people went away. Then, he showed a lot of Money under the rug and said:”all of them belong to you, take them and spend on your clothes.” There were a thousand akches there.

Imam-i A’zam was born.and has grown up and studied in Kufe. He has been educated and trained perfectly by his family. He memorized The holy Kur’an at his small ages. He also learned grammar, syntax, poetry, and literature of Arabic which were being classified then. He met some companions and disciples of the Prophet; Enes bin Malik (died in 93 of Hegira), Abdullah bin Ebi Evfa (died in 87 of Hegira), Vasile bin Eska (died in 85 of Hegira), Sehl bin Saide (died in 88 of Hegira), and finally Ebut-Tufeyl Amir bin Vasile (died in Mecca,in 102 of Hegira); and heard hadiths from them.

Then, Kufe was one of big cities and important centres of science of Iraq. In Iraq which was home of earlier civilizations, different tribes have been living. Some had different religions, some had astray believes. Besides, Şia and Mu’tezile which have astray believes appeared here and Khawarij sect spread out in the desert. On the other hand, some great followers who learned sunnahs from companions of the Prophet and taught them to others were living there. Here, among some sects,who was trying to get goverment’s power in hand, a big fighting was still going on. Imam-i A’zam, in such an area, first started to deal with commerce, like his father, in his adulthood. At the same time, he used to attend scholars’ classes and listen to them. These scholars were trying to spread out sunnah believes to rescue people in astray believes, and discuss with them. In Kufe, such arguments were seen often and some arguments spread outside from meetings. Imam-i A’zam also gathered discussions, by the help of his learning from scholars. But he was very brilliant and full of knowledge, very practical in understanding. His special features could be seen easily from outside. Even though he hasn’t started to learn seriously, he could convince members of astray belief easily. This drew attention of that time’s big scholars. Since scholars realized his skillfulness, they gave courage to thim to learn deeply. On these advices, he started to learn. He narrated his learning as follow:”

One day, I was passing by Şabi who was one of that time’s scholars. He called me and asked me where I was attending. I said:”to bazaar and down town”. He said:” I mean which scholar’s classes are you attending.” I said:” No one’s classes I can attend.” He said:” Do not ignore dealing with science and scholars. I realise that you are a clever, intelligent, and skillfull young.” His words affected me very much. After leaving bazaar, and down town, I directed my self to science. By the help of Allah, Şabi’s words became very useful to me.”