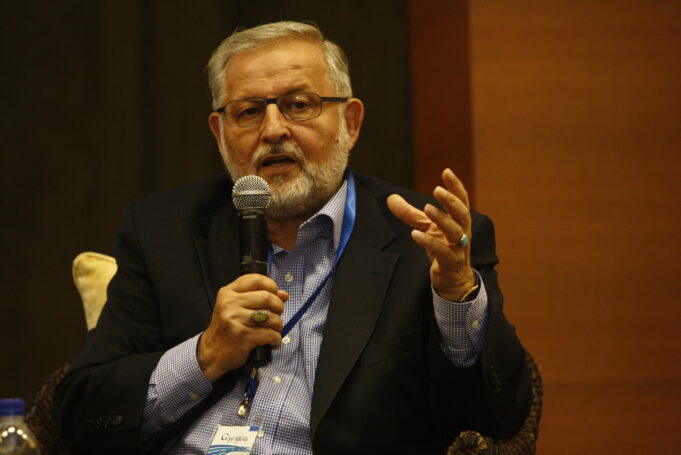 Iran-born, Prof. Dr. Abbas Mirakhor has received Ph degree from the Kansas State University of the USA. He has taught in different universities between the years of 1968 and 1984. Later, he has worked for the International Monetary Fund (IMF) up to his retirement in 2008 serving as staff, an Executive Director, and the Dean of the Board of that foundation.

EDUCATION AND CAREER
After graduating from the Kansas State University in USA, Mirakhor has received his Bachelor, Master and Ph degrees in Economics in the same universty. He started his academic career in the University of Alabama, USA, in 1968. He has mainly worked as a professor of Economics at the University of Alabama, Alabama A&M University and the Florida Institute of Technology. However, he has worked as a Professor of Economics at the AzZahara University in Tehran, Iran for two years. He started to work for the IMF in Washington DC as an economist in 1984. He has kept working for the IMF, serving as the organisation’s Executive Director and the Dean of Executive Board until his retirement in 2008.

AWARDS
Mirakhor was conferred the “Quaid-a Azam” star for service to Pakistan by the President of Pakistan in 1997. He received the Annual Prize of the Islamic Development Bank for Research in Islamic Economics, sharing with Dr. Mohsin Khan,who is also a well-known economist at IMF, in 2003. President of Ghana conferred him the “order of Companian of Volta” for service to Ghana in 2005.

BOOKS
He has published many materials such as books, papers and research articles on different fields like mathematical economics, Islamic economics and microeconomic theory. His latest Works are “Globalisation and Islamic Finance: Convergence, Prospects and Challenges” co-authored with Prof. Hossein Askari of the George Washington University and Dr. Zamir Iqbal of the World Bank and “Islam and Development: The institutional Framework” , co-authored with Dr. Idris Samawi Hamid, who is an Associate Professor of Philosophy at Colorado State University of USA.